Late last year I was approached to take part in one of the MSIG Hong Kong Trail Races hosted by Action Asia Events. The second race in the series on Lantau unfortunately clashed with another event so I made sure I booked myself in for the last race of the series, the MSIG Sai Kung 50. Hong Kong has been a destination I've wanted to explore for a long time. Many friends have encouraged me to come over and play on the trails there; Australian Trail Runner and trail running writer Rachel Jacqueline, Grand Slammer Andre Blumberg, Trail Runner and photographer Lloyd Belcher and recently Scotty Hawker from WA who has just come back from a successful race in the HK100. 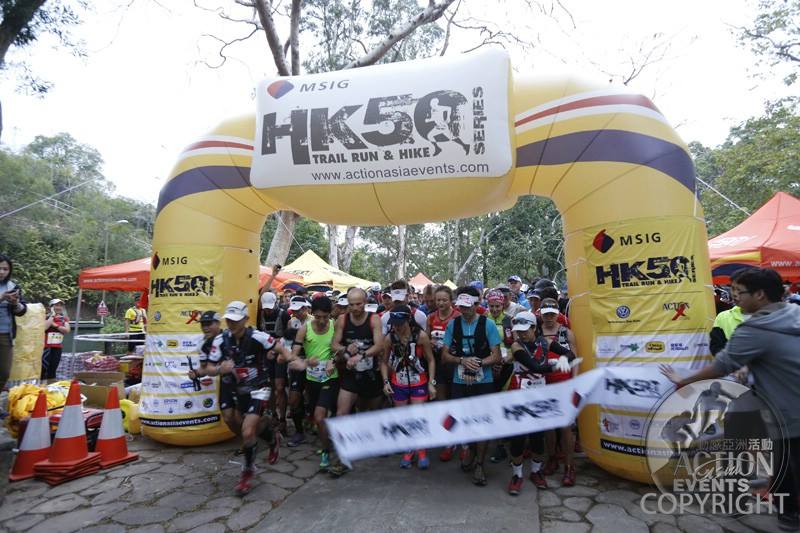 It seems quite odd that a big population in a sprawling metropolis on a relatively small plot of land can have space for trails at all! So I was very curious to see what exactly Honkers had to offer. I was there to represent Inov-8 x Descente (Descente are the distributors of Inov-8 in Asia) at the MSIG Sai Kung 50k Trail Race. I have previously only run in Japan in Asia, but all the buzz seems to be coming from Hong Kong. I was there for only a very short time, a typical FIFO job, but I really now am itching to get back there again for some other races.

What can I say about the race? A couple of things first. The weather was beautiful for running and many comments afterwards were along the line of 'we got lucky today' even 'we dodged a bullet' etc. Seems that it is usually much warmer, muggier and smoggy. Instead the day was overcast with a nice cool breeze, the air was clean and the humidity didn't reach any uncomfortable level. The race started on the very East of Hong Kong Territory, off the main island about 1 hours drive from the city. I was there staying with some other overseas guests; Cassie Scallon from the USA, Stuart Air from the UK, Alessandra Carlini from Italy, Rudy Gilman from the USA and Pavel Toropov from the UK. Both Rudy and Pavel live very interesting lives, both living in the far western high altitude Tibet region, living very basic lives through interpreting and translating but mainly living off race winnings. Seems that China has some very lucrative races and when internationals are allowed entry, these two are always nearly at the pointy end. With the top local HK runners also present (the first HK locals home would win a ticket over to the SkyRunning World Championships), it was a packed line up. 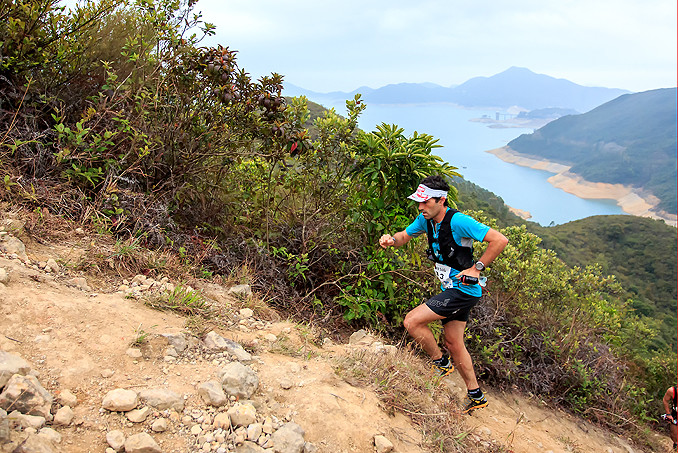 The course was a 50km route taking in some of Sai Kung's finest extensive trail network and its highest peaks, including the ominously named Sharp Peak. The route had 3 and a half main climbs, with a lot of steep, technical descents and a good dose of road and some flattish trail and beach running thrown in for good measure. I had no idea what to expect or what shoes to choose. Thankfully Rudy and Pavel, who had both run in the race before and Michael Maddess, the RD, gave me an extensive run through of the course. When I saw that Rudy, the current Champion of the White River 50 in the US, was wearing X-Talon 212s I was sold. Thankfully I had packed these in my carry on luggage. 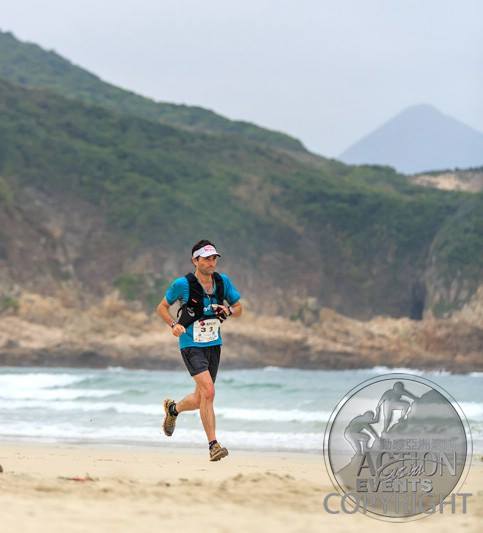 What I can say about the HK trail network? In a word, they are very challenging! The trails are very rocky, hard and unforgiving on the legs...actually this was just the workout I needed with Tarawera coming up in 2 weeks. Nothing better to toughen up the legs than a good smashing a couple of weeks out. The first two climbs were in the first 16km and it was pretty clear from the get go that Rudy had a mission today and was out in front pretty much from the first climb onwards and that is where he was to stay. A very classy athlete indeed.

My race was all about covering the distance, running strongly the whole way, being a good ambassador for Inov-8 and Descente and giving myself a bit of an insight into HK trail running. From pretty much the first climb, I was to be in a ding dong battle all day with the top HK trail runner Siu Keung (Stone) Tsang. We must have swapped between 2nd/3rd spot half a dozen times throughout the day and in the end I was beaten to second spot by a runner with incredible downhill running skill. This guy just zipped away from me on the technical, steep descents and was out of sight before I knew it. Now I consider myself a pretty descent downhiller but this guy takes it to a whole new level.

Fortunately for me, my climbing legs and flat leg speed were on song and every time we hit this type of terrain I'd pull Stone back in pretty quickly. There were also thousands of steps in this race. If you think TNF100 is bad, come over to HK sometime. Thankfully, I'vebeen training a lot on the Blue Mts trails up in Katoomba a lot, taking my groups out as part of my UP Coaching TNF50/100 Preparation Days, so I handled the stairs pretty well. 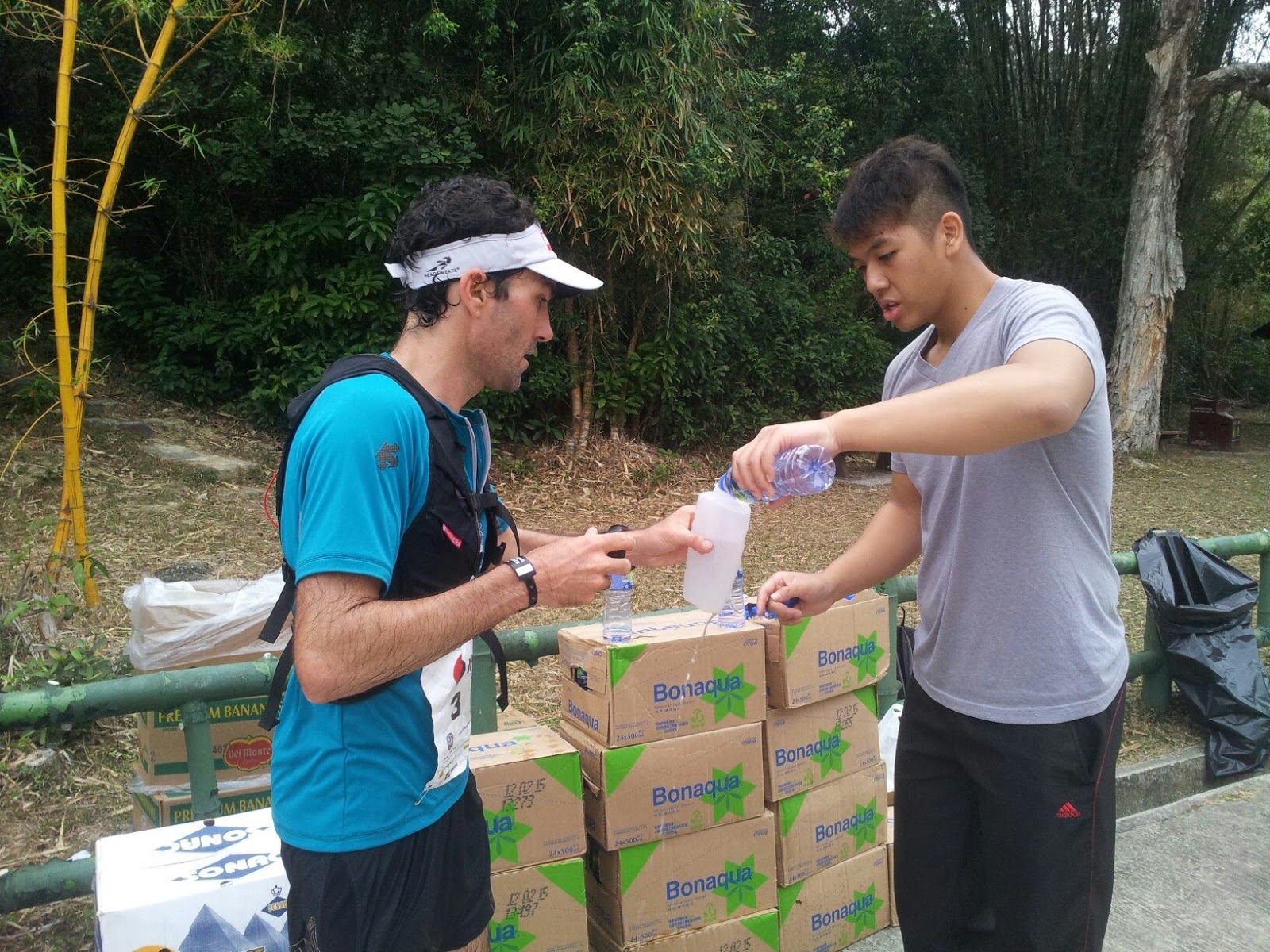 The other feature of the HK trails is their love affair with concrete! Many sections were pavemented and this was to give me a lot of issues all day, especially in the super minimalist shoes I was wearing. In hindsight, if I had known about the amount of hardpack and concrete I probably would have settled for the Trail Rocs with a double inner sole!

At around 38km Stone and I were running together but with the last section of the race being downhill in nature I was a dead duck and pretty much was then concentrating on holding my form and finishing the race solidly. I was happy with third in my first big race of the year; it was a great last hard run before Tarawera and I had ticked most of the boxes I had set out to do. The race has conditioned my body well and I got through the day well with very minimal food as was the aim - I only went through 4 Hammer Gels all up so was a great fat burning training day. The Inov-8 Race Ultra Vest was comfortable and reliable as ever with me only needing one 500ml bottle and one hand held 250ml collapsible. The perfect combo all day and this will be my kit setup for Tarawera too. 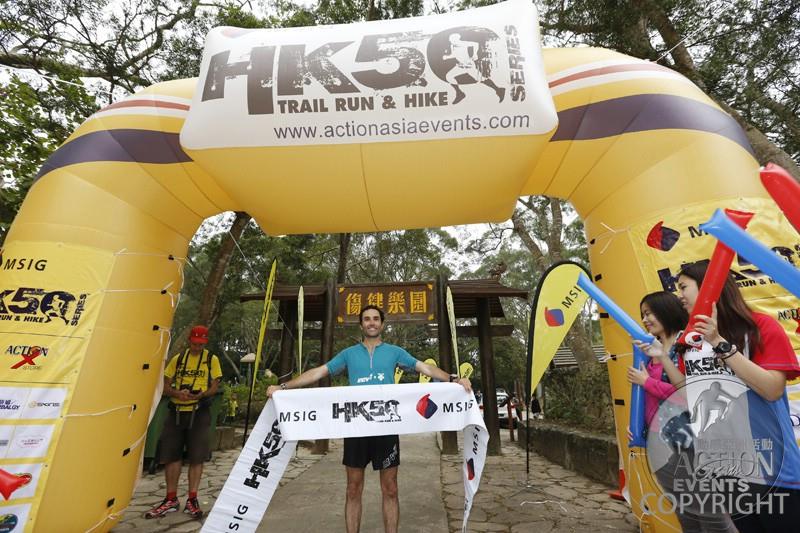 There were some very memorable moments in the race. On a couple of occasions I had to stop dead in my tracks as cows were on the trails. Big cows too. There was some funny looks on their faces as I tiptoed around them. They were evidently used to people but I am not used to cows! Some of the views were stunning too; of coastlines and small grottos out in the ocean. We also ran through some small HK coastal villages and even had a chance to see the HK surfing scene along the beaches.

I really enjoyed this race; it was wonderfully organised and everything about it was done with a touch of class. The trails were properly tough and I felt every metre of the 2400m of up/down in the race. I'll definitely be heading back to Hong Kong again. The enthusiasm for trail running over there is electric!

This leaves me feeling very positively about Tarawera next weekend. I wouldn't say I'm at the peak of my fitenss but then again I don't want to be this early in the year. I want to leave all the little 1%s for Western States this year, but I am looking forward to racing the calibre of athlete that Tarawera has attracted. How's this for some names? Sage Canaday, Michael Aish, Vajin Armstrong, Martin Gaffuri, Yoshikazu Hara, Martin Lukes, Carlos Sa, Scott Hawker, Michael Wardian, Yun Yanqiao and Rob Krar just to name a few!

I guess the good news is that with the Tarawera course going back to its original route, it should suit my strengths a little more and may take some of the Mountain Goats out of the equation (unlikely). But one has to think positively! It's going to be huge, that's for sure. I'll report back after next weekend!