The last two Kathmandu adventure series races at the Royal National Park have yielded a consistent third placing for mens team ‘The Spirit Kickers’. Being from (or at some point residing in) God’s country which is ‘The Shire’, we were keen to go two places better this year on our home turf. We wanted it bad!


After collecting our race pack, we were relieved to see that the course was very similar to last year’s event. So confident were we of the checkpoint locations, that we stashed the map in the bag and did not intend to take it out during the race...opting for the less orthodox approach of using a permanent marker to write the locations and descriptions of the checkpoints on my teammate Lachlan’s (sizable) arms! We went through the course multiple times in our heads prior to the start, visualising the checkpoints and discussing strategy-Locky shouts at me to go faster on the bike leg, I return favour during the run leg and we shout at each other during the water legs! Surely nothing would get in our way of this well thought out strategy! 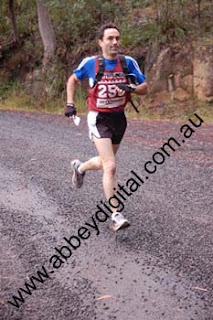 From the start, we knew we could only focus on the teams doing our course; we couldn’t control the teams doing the alternative courses. Thankfully, we saw last year’s champions also doing our course, which gave us a good gauge; not many, if any, finish ahead of the Armstrong brothers. From the gun, it was clear we would have a tough fight on our hand. Our first 1km run to the bike put us on our bikes first and we were away. However, the Armstrong boys are strong on the bike and it wasn’t long before they joined us along the scenic Lady Carrington’s Drive. With my partner Lachlan (a gym instructor and RPM specialist leading the way screaming ‘C’mon Brendan!’ every so often), we exchanged the lead all the way to the turnaround. From there, the Armstrong boys pulled away every so gradually on the muddy road and we were left with a minute or so deficit going into the canoe leg.

The canoe leg, like the bike leg, continued the ‘army sergeant’ style demands for harder and faster paddling but we couldn’t make up any ground on the team out in front. From there, the run leg was totally disheartening. My initial assumptions that this would be our strongest leg and the Armstrong boys’ weakest leg proved to be unfortunately totally unfounded, as we didn’t catch sight of them at all! At least, unlike previous years, we were finding all the checkpoints easily. 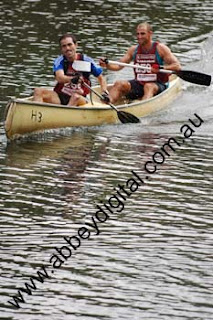 Going down the Honeymoon steps for the last of the run leg, I demanded one huge last effort from Locky, and throwing caution to the wind, we flew down those steps, determined to make ground on the leaders. Surely they had to be just around the next corner? Entering TA for our last leg, the Kayak, there they were, paddling away from transition. This spurred us to on like nothing else and Locky, caught up in a whirl of excitement and gusto ordered me to grab the life jackets and paddles while he grabbed the kayak!

And he literally did grab the kayak, in his best impersonation of the ‘Incredible Hulk’ and proceeded to lift it over his head and walk it down to the water! This astonished all present, with the normally calm race director Todd even calling for ‘safety first’ please. However great this feat of human kayak lifting was, it also unfortunately proved to be our downfall. 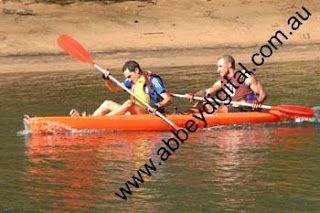 You see, I was in charge of the control card at that point, and after having it stamped at the TA was mentally focused on putting the life jacket on first, then the bib over the top etc in a systematic way. However, the ‘unorthodox’ approach of getting the kayak in the water had somehow left me frazzled and I forget to pick up the control card of the beach where I had placed it while I put on my life jacket. This was noticed about 2 minutes into our Kayak leg. So about turn and back to the beach we went to the bemused look of all present.


Although we gave it all we could from them on and gained on the leaders during the paddle, we could not rein them in and in the end finished 3 minutes behind, At least we did not lose any spots, still finishing second overall on the day, but I do think I will be buying Locky a small present at Kathmandu on account of my stuff up! It was a great result and gives us another excuse to come back next year to get the title!
Posted by Brendan Davies at 10:35 PM