Finally got around to writing a few recollections of my race, my 4th 100km World Championship which was held in Los Alcarzares in Spain.

I will add some more details later on, but in summary it was a very satisfying result to finally crack into the Top 10 and a sub 6:45 time too. It was very pleasing to put the disappointment of the World Trail Championship behind me and nail this one, which was always the one that I was going to perform well at given my training this year where road has dictated.

It was a fantastic day for Australian ultra running with Kirstin Bull of course taking out the Womens title - the first Australian to be crowned an individual ultra running World Champion. Meanwhile the men's team also had a day to remember with a sub 21h finish (top 3 times) and finishing in 5th spot in the men's teams.

The race went very well from beginning to end for me, but not completely to plan. It was an unusual event which gave me the initial impetus to work my way through the field. A watch malfunction none the less!

So to save you reading the nitty gritty, have a watch of an interview that Kirstin Bull, the ladies World Champion, did with me after the presentations. Warning - I was well into the post race celebrations!


My average pace was 4:02/km - while very pleasing, I still think I can do better and average under 4min/km at this distance as I did at Comrades this year. Little 1%s could have been done a lot better - race weight wasn't quite there although on the positive side I did have a great lead in week - well slept and rested.

I was also fortunate to come 2nd in the 35-39 Masters category and finish on that podium between two previous Comrades winners. That was a great thrill that I'll never forget.

A lot of people ask about hydration and nutrition. It's off course extremely important at this distance, and my main message is that it's best to keep it simple. As the course was 10 x 10km laps, I had a 400ml water bottle each 10km starting at the 5km CP (so 5km, 15km and so on) and at every 10km (the other CP) I had 2 Hammer Gels mixed in a small flask with water. So all up it was 18 gels in total. Breakfast was a Hammer Bar and 15mins before the race I had a gel to prime the system. There was also another water station 2km into the lap where I sometimes had a bit more water.

Thanks to Hammer Australia for all your continual support. No surprise that half the men's team - myself, Dion and Barry all used Hammer! 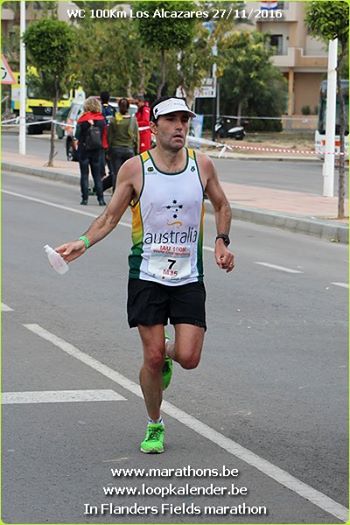 Thanks of course to my main sponsors Inov-8 and barefootinc. The shoes I wore are a 150g prototype road shoe which I'm really hoping Inov-8 now include into the range as it's a beauty.

All the crew at UP Coaching, for your continual support and encouragement while I was away was amazing, thank you so much! 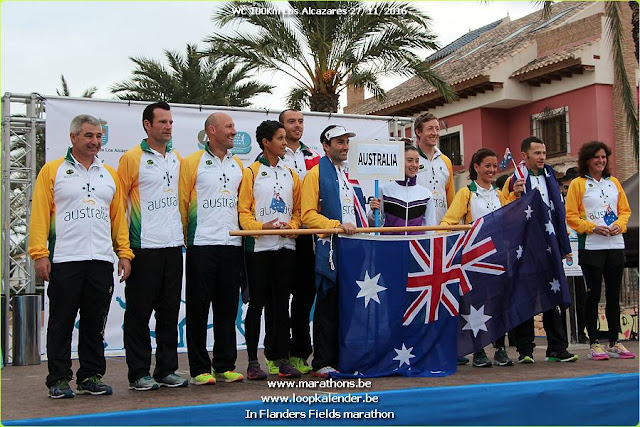 Special thanks to Nadine for crewing and for being just as crucial in the outcome as I was!
Posted by Brendan Davies at 9:44 PM