It's fair to say that sometimes the most unexpected opportunities can just happen. It's what you do and how you do things once you get these opportunities that ultimately control how far these moments in time go and how successful they are.


So the story goes. Soon after The North Face 100, I was contacted getting lots of random emails, Facebook messages and the like, and, despite some being put on the backburner for a long time, I eventually responded to all. There were lots of encouraging comments, some cool comments about other people's races and also some questions too.

One random question I received was through my Twitter account. It was an innocent question about my UltraAspire pack that I used in the race. Of course I'm always happy to talk gear and so I replied. Before long, one thing led to another and I soon discovered that the person behind the messages just happened to be the General Manager of the 4.5 star Lake Crackenback Resort and Spa. So we got chatting and Scott and I immediately clicked. He is a passionate runner and outdoors man and ultimately wants to tick TNF100 off his bucket list.

Anyway, the resort's slogan is 'Relax. Rejuvenate. Activate'. It is located on the border of the Kosciuszko National Park, the resort is a natural playground nestled in the Thredbo Valley surrounded by the spectacular Snowy Mountains. As part of the resort's commitment to outdoor activities, they have a range of Ambassadors and Events to help promote the activities the resort offers. Pete Jacobs, Jared Tallent, Caroline Buchanan and Andy Blair amongst others are some of the Ambassadors. When Scott asked me to be a trail running Ambassador, naturally I jumped at the opportunity!

So we got talking about how we could promote trail running at the resort and we both came to the topic of hosting trail running camps. The resort has some stunning single track trails with over 20km of unique trails that run alongside the beautiful Thredbo River and in the surrounding bushland. Scott and I were keen to get a female on board, and we both agreed that Hanny Allston would be a wonderful ambassador. She is not just a fantastic athlete (former World Orienteering Champion), but has also been coaching and organising trail running camps through her business 'Find Your Feet' so brings a lot of experience and expertise. I first met Hanny in 2010 at the Melbourne Marathon when she was a dedicating herself to road running, and also caught up with her during TNF100 this year. She is lovely and superkeen to make these camps memorable.

So to cut a long story short, Hanny, Scott and I have planned three weekend trail running camps for the resort; starting in October, with one in November and February. The camps are definitely geared for all levels of abilities and experience; indeed at the core of Hanny and my values is a strong belief in inclusivity. The camps will involve a number of information seminars, technique workshops and a range of mentored group runs in the resort and in the surrounding National Park. There are a range of options for accommodation at the resort, and the more friends you bring, or if you organise it with a group, the better value it will be. The camps also include meals and a late checkout on Sunday. Having just spent a beautiful weekend down there, I can tell you that the accommodation, food and scenery is simply outstanding! The wildlife also come and say hello quite regularly too!

There is a loose progression of the camps, with the first one being themed as 'Preparing to Train'. The second camp has been titled 'Preparing to Race' and the last camp 'Maximising your Potential'. So in this way, you can choose the camp that is best suited for you, or, just as easily attend all three and you will be provided with different content and training sessions.

Full details of the camps are here

Full itinerary of the camps are here

Q and A of the camps

We would love to see you there! 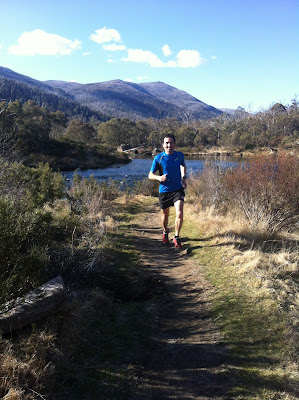