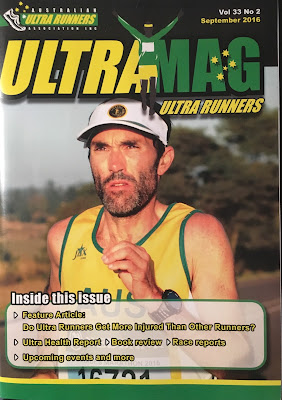 This article was written for, and originally appeared in the AURA UltraMag Magazine in Sep 2016

In my short ultra running career, I’ve had wonderful opportunities to take part in some of the most iconic ultra marathons around the world. Combined across road and trail, I’ve represented Australia seven times and taken part in the biggest trail events in the USA, Asia and Europe. However, there’s always been one race that has been on the bucket list, just constantly nagging away at me at the back of mind for year and years – Comrades.

It was only after a long long year of trail running in 2015, which included five races of over 100k, that I made the decision that in order to stay motivated and enjoying my running I needed to make a change. It was then that I set my first goal for 2016 as Comrades. It wasn’t an easy decision as it meant I would have to forgo UTA100, an event very close to my heart (and home). But it was a decision that left me excited and renewed with eagerness. I’ve only heard gleaming reports from those that have previously taken part in the ‘Ultimate Human Race’.

For those not aware, Comrades is the biggest ultra marathon on the planet. It’s a rite of passage for any self-respecting African runner and it seemingly is in the blood and DNA of all South Africans-to not just run one, but run multiple years. Indeed, Comrades finishes are so highly regarded that many include their times and number of finishes in their CVs – it’s means that much. And so it should, this race is the real deal, this ‘down year’ being 89km and 1800m of down and just over 1000m of ascent, it’s certainly ‘no parkrun’! Oh and it’s televised on National TV all day, following the progress from first to the very last runner.

So once my decision was made, it cemented a new discipline and training regime that I’d never attempted before. It got me (mostly) off the trails and on the black top and my running took a focus back on speed and strength. I followed a Lydiard flavoured program, but also took advice from previous Australian Comrades runner Don Wallace. His training document was simple in its makeup – loads of miles and loads of hills with a splash of speed work. I conditioned myself for the hills by hitting the trails at least once a fortnight for either a hard uphill or downhill session. If I was to survive Comrades my body would need to withstand the punishment of 89km of tough road running. I toughened up my quads two weeks previous to the race by running the big up/down Pace22 at UTA.

So I found myself on race morning with so many other runners at the start line. It felt like being at the start of City2Surf, but with the surreal feeling that these people were not here for a fun run, but actually all with the goal of running 89km – I think the previous biggest race of this distance I’ve been part of is 1000, so this was indeed very unusual! Blue bibbed runners (rookies) faces looking nervous and apprehensive, green bibbed (10 years or more) resolved and self-assured. Then they started singing, first the South African National Anthem, then the hairs on my back rose with Shosholoza and it was all finished off with the playing of Chariots of Fire. The rooster crowed, the Canon blasted and we were off. All 18 000 of us would endeavour to get from Pietermaritzburg to Durban all under 12h – most would make it, some would not make the 5 cut-offs on route, and a few cruelly denied in the last km and indeed the finishing straight. This race gives no favours and medals are truly earned.

Now about the race. It’s not my intention for this to be a race report. I could tell you about my race and how I performed, but you can all look up the results - I’d rather focus on the external. This race lived up to all expectations. Someone told me before the race that it would feel like you’re running in the Tour de France. At the time I thought that had to be a romanticised embellishment, but now I can say that it was exactly true. From the race Expo to the end of the race in Kingsmead, there was a feeling that you were part of something special. It’s hard to describe the race itself, when running in the zone and at near threshold under 4min km it’s hard to take a lot in! But what I do remember is spectators lining the streets in every town the race ran past, even before the sun had risen.

There were locals firing up their ‘braes’, drinking a few cold ones and offering hearty encouragement all along route. Schools and running clubs manned drink stops, families brought their children out to wave and high five their heroes and then all the special moments, for example at Ethembeni Home. This is a special place for reflection, for the children are either on crutches or in wheelchairs. The noise is enormous and the excitements tangible as you pass through this celebration. I found great mental strength here.

I received two great tips before the race from a Comrades veteran around clothing. The first one was to wear an Aussie singlet during the race. I wore an old representative singlet and boy did it pay off – spectators all day yelling ‘Aussie, Aussie, Aussie’, ‘Where’s ya pet kangaroo’ and just about every other Australian cliché under the sun! While it became quite predictable after a while, the support helped tremendously. The other tip was to wear Comrades branded clothing around town after the race. This I did in Durban, Capetown and Kruger National Park where we visited and for the next week I felt like a rock star! People would come up and chat and retell their stories of their many races and how much it meant to them – Comrades is the ultimate ice breaker but also galvanised in me how much this race means to people in South Africa.

The spirit of the Comrades Marathon is said to be embodied by attributes of camaraderie, selflessness, dedication, perseverance, and ‘ubuntu’ (Zulu for ‘human kindness’). The entire experience, I witnessed all this and more. The slogan this year was ‘It will humble you’. For me, it certainly did.
Posted by Brendan Davies at 6:38 PM