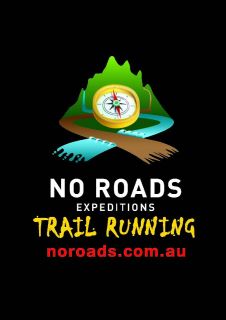 This is a name that trail runners are going to hear a lot more of in 2012, so I thought I'd give a quick overview of who we are and what we are planning.

The team has been put together with the backing of, primarily, the great Australian adventure travel company No Roads Expeditions. In the course of our journey so far we have also managed to snare some partnership sponsorship with 2XU (clothes), INOV-8 (shoes and gear) and we are working on Endura for the supplements side of things. Our mission statement is simple...we want to dominate all the major team trail running events and major individual events on the Australian calendar.

No Roads also sponsor a group of Adventure Racers, mostly based in the Blue Mountains. Shortly this team will be taking part in the Adventure Racing World Championships in Tasmania. Good luck team!

So far the trail running team are off to a great start; this year winning and setting a new course record in the Kokoda Challenge, an epic 96km event in the Gold Coast Hinterland. We also had a team that came 2nd in the teams category at the Willy 2 Billy as well.

But this is nothing to what we have planned for 2012. Look out for Team No Roads at Trailwalker in Melbourne, Sydney (a big goal is to obliterate this course record next year), Kokoda and also in the paired relay at The North Face. Throw in races that have a teams category like 6 Foot Track, Woodford 2 Glenbrook, Willy 2 Billy and you can see that have more than enough to keep ourselves busy. There is also a MASSIVE overseas assault planned in late 2012 but I can't give anything away just yet!

So who are Team No Roads? I think some of the best Aussie Trail Runners, and with a mix of youth and experience, it is the perfect combination. Our CVs make impressive reading, you can see all our bios here